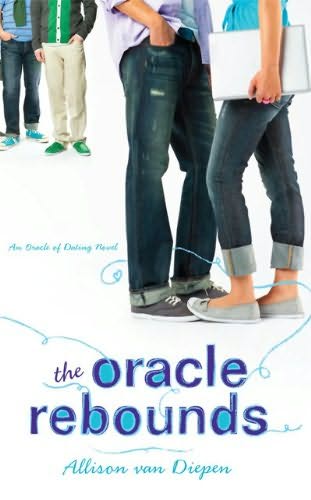 Sequel to Oracle of Dating, a hilarious young-adult, chick-lit novel

I was delighted to learn there was a sequel to The Oracle of Dating, which I enjoyed very much. Comedic YA seems to be an endangered species these days, and this book is very well-written chick lit.

Soon after the book begins, Kayla’s relationship with her terrific boyfriend, Jared, goes on the rocks when he asks to slow things down between them. Kayla is so hurt by this rejection that she breaks up with him. For several years she has been offering practical dating advice to her friends and to her older sister, a skill that she expanded into a dating-advice website called The Oracle of Dating in the first book of this series. In order to overcome her broken heart, Kayla decides to scan through her own breakup advice from past advice columns and use it to get over Jared.

This book works both as a sequel and a standalone book. Kayla is a realistic teen, but a very special one, with lots of spunk and a very sympathetic need to not buckle under adversity but to just keep going. Her romantic misadventures as she puts her toes back in the dating water are hilarious, and, as all comedy does, the book provides an upbeat ending.