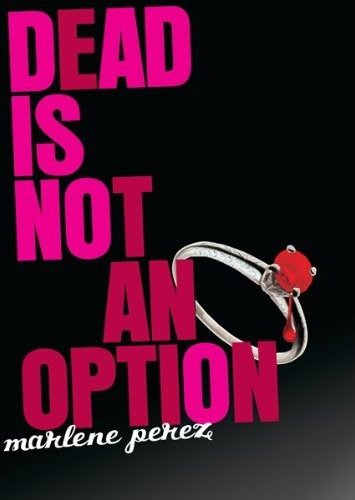 Daisy Giordano is about to graduate from high school in the quirky little town of Nightshade, but what would normally be a happy time is filled with anxiety. All of Daisy’s friends have received acceptance letters for college—including her boyfriend Ryan, who will be attending a university in another part of the country. Daisy hates the thought of being separated from him, but even if she had a chance to be accepted to Ryan’s school, she wouldn’t take it. She wants to attend Nightshade University to be near her father, who was recently rescued from years of captivity by an evil group called the Scourge, who consider it their mission to destroy every paranormal creature on the face of the earth.

Daisy is also determined to break the evil spell that has trapped a young woman in a juke box and her fiancé in the body of a pig for around sixty years. But only the witch who cast the spell on them can break it. And that witch, a celebrity chef named Circe Silvertongue (who first appeared in Book 4 of this series, Dead Is Just a Rumor

), shows no signs of cooperating.

In addition to all that, several violent attacks in town on paranormal teens have led many of the residents of Nightshade to believe that the town’s werewolves and vampires have begun a vendetta against each other. The escalating conflict spills over into Daisy’s own family because Daisy and her oldest sister Rose are dating werewolves and her older sister Poppy is dating a vampire. As a result, Rose and Poppy keep breaking into arguments as they take different sides in the fray.

Marlene Perez has done it again. This story is a great opportunity to visit again with Daisy, a determined and highly sympathetic heroine, and all the magical denizens of Nightshade. It also provides a gratifying ending to this rollicking paranormal-mystery series. Every plot thread is tied up in a satisfying way, including the Lily-Balthazar-Circe storyline, Daisy’s romantic relationship with Ryan, Daisy’s future plans, and the evil Scourge that has plagued the town throughout the five books. I highly recommend this book

to readers of all ages who enjoy comic, amateur-sleuth, paranormal mysteries.