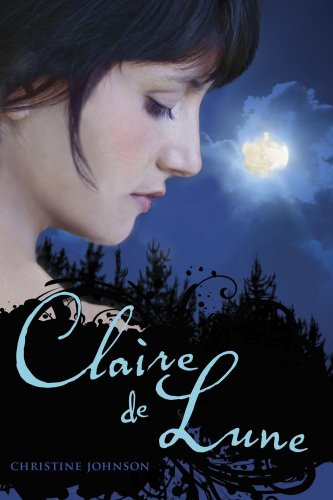 During Claire Benoit’s sixteenth birthday party, a serial-killer werewolf is sighted in the woods behind her home in the small town of Hanover Falls. The leader of the hunt for the rogue werewolf is Dr. Engle, an important researcher from the “Federal Human Protection Agency” who lives in Hanover Falls. The existence of werewolves is commonly accepted in the U.S. and around the world and, in addition to the FHPA, which does research on werewolves and defends humans from them, “Lycanthropy Researchers International” exists to find a drug that can turn werewolves into humans. In spite of this acceptance, everyone is shocked by the murders because “werewolf attacks were the sort of thing that happened once in a while in Eastern Europe, maybe, or rural Japan, but in the United States they had become as rare as an outbreak of cowpox.”

Dr. Engle’s son Matthew, a handsome soccer star from Claire’s high school whom she’s crazy about, was about to ask her out when all her friends fled from Claire’s party. But romantic frustration is soon the least of her problems when her mother reveals that the itching on Claire’s hands and ears that’s been driving her crazy for days marks the start of her transformation into a hereditary werewolf. The process lasts three months, beginning the first full moon after the sixteenth birthday. That night, in the woods behind her home, Claire is introduced to a small, all-female pack of five other werewolves besides herself and her mother. Claire is disoriented, afraid, and angry at her mother for lying to her all her life.

In order to fairly critique this book, I need to put it within the context of “urban fantasy,” the genre it seems to aspire to. In these stories, a magical universe exists side-by-side with our recognizable, modern world, but its inhabitants purposely keep their real nature hidden to avoid constant conflict with frightened, angry humans. Those same humans consciously and unconsciously collude with the cover-up in this manner: When magical events impinge on humans, they either refuse to believe in the magic, or authority figures such as police, spy agencies, the military, and politicians employ propaganda and force to silence them.

In every genre of fiction, secrets and lies are a major sources of conflict, but they are particularly important in urban fantasy in these ways: 1) The protagonist carelessly, or because she has no other choice to protect others from harm, displays magic in front of humans and gets into trouble for it. 2) The protagonist is forced to deal with the fallout of magical villains carelessly or purposefully hurting humans with their magic. 3) The protagonist is either part of or connected to a species of magical creatures who have recently “come out of the closet” to humans, resulting in a struggle for their civil rights as citizens of the U.S.

This is how I see this book within those parameters: 1) The world-building is extremely circumscribed, consisting only of female werewolves with limited powers and no explanation of their origins other than that a “Goddess” created them. I assume this simplification is because the book is written for preteens or very young teens. 2) The element of secrecy exists in Claire’s mother insisting that werewolves can never have close relationships with anyone, not even the members of their pack, for fear of exposure. On the other hand, the book does also state, in direct contradiction of this decree, that somehow the existence of werewolves has become universally and matter-of-factly accepted by humans. 3) Though Claire’s mother and newscasts throughout the book proclaim that authorities are committing lots of resources to catching the rogue werewolf, the story never shows anyone other than the nerdy Dr. Engle actually doing anything to accomplish that. There are no police, no local hunters, no national guard, no private security patrolling the areas where the rogue werewolf has been sighted–including especially the woods behind Claire’s house where she and her pack frequently go. We also never receive any descriptions of the methods Dr. Engle would of necessity need to employ in order to capture a werewolf, for example, a team of helpers in protective gear armed with dart guns, nets and a special containment vehicle with very thick bars so a wolf with super strength can’t break out of it. Perhaps the author has left all this out because she assumes a young audience would not be interested. 4) Claire does have to contend with the fallout of one of her own kind committing murders that put her entire pack in danger of exposure to humans, but that fallout consists only of, as stated above, the nerdy Dr. Engle. Again, perhaps to keep the conflict from becoming to intense for young teens. 5) Claire does have to contend with the negative results of her werewolf state being unavoidably revealed to a human.

As stated above, it is possible that the author has chosen to write what might be termed, “urban fantasy lite,” because she wanted to avoid the graphic violence and horror that is often a big part of adult urban fantasy. If so, she has succeeded. There is violence, but it is not shown at all except in a couple of places in very mild form. The romance is also G-rated and without passion, which is probably inevitable in a universe where there are no male werewolves who can exist as an emotional and physical equal to Claire’s magical powers. I think it is also possible that the reason there is a shortage of romantic fire in Claire’s relationship with Matthew is because, again, this book is aimed at younger teens.

For those who love werewolf stories, another excellent recent YA werewolf book I highly recommend is Raised by Wolves