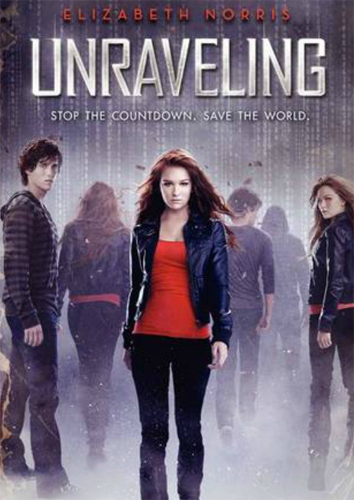 When Janelle Tenner is brought back from the dead by a guy named Ben from her school, whom she’s never talked to and previously viewed as an alienated stoner, no one believes her when she says she died. The doctors at the hospital talk about how weird it is that she isn’t paralyzed and how they can’t figure out how her spine healed from an obvious injury. But they don’t believe in miracles and neither her best friend nor her FBI-agent father assume she was anything but lucky.

Janelle has practically raised her brother, who is three years younger than her 17 years, since her mother became bipolar around the time of Janelle’s third birthday. Even as a preschooler, Janelle’s innate sense of responsibility pushed her to take over the care of her brother. Janelle loves her father, but he is rarely around because of the demands of his job. Naturally curious, Janelle has frequently spied on her father’s notes in his home office about his cases, and the one he is working on currently is almost as weird as Janelle’s miraculous healing. People are turning up dead, burned unrecognizably from radiation, but no one can figure out what has happened to them. Even more terrifying is the fact that an unknown improvised explosive devise (UIED) is counting down to some horrible destruction, but no one can figure out how to disarm it.

The structure of this book is a series of chapters ranging from short to very short, each headed by countdown numbers, starting from 24 days, 14 minutes and 32 seconds until, presumably, the end of the world. Janelle is a strong, compelling, very active protagonist. The fact that she just keeps on going and never gives up and is utterly loyal and devoted to those she loves makes her a very sympathetic heroine. Ben is also a strong character and a very appealing love interest. I particularly enjoyed that there is no love triangle!

I don’t usually like science fiction, but the author is an excellent writer, and she does a good job making the science she uses accessible such that it doesn’t overwhelm the story yet seems plausible within the story’s construction.

I am relieved to learn, from visiting the author’s website, that there is a sequel to this story, but this will only be a duology, not a trilogy. The author states in her FAQ page that she originally intended this to be a stand-alone book, but her publisher urged her to write a sequel. Perhaps they did that because the ending of this book is quite dark. I am happy to report there is not a cliffhanger ending. The plot arc of this book is logically and carefully resolved. I was quite relieved about that since I number among those readers who find cliffhangers quite irritating in YA series books.