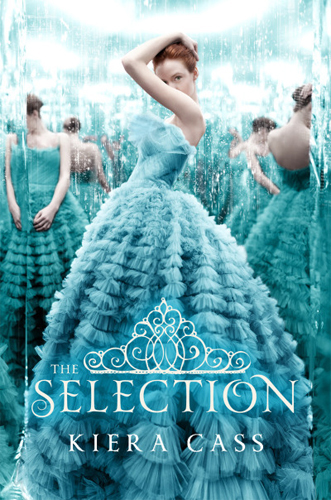 Book 1 in a new YA dystopian romance trilogy

and The Hunger Games

, and that certainly seems to be the case. Seventeen-year-old America Singer lives in a dystopian world with a caste system in which each level of society has a number from 1-8. America is Level 5, and the boy she is madly in love with, Aspen, is Level 6. Only the upper echelons are allowed to use any birth control other than abstinence, and this might be why sex before marriage is outlawed, though the reason for the law is not overtly explained in this book. The lower levels of the population are worked practically to death in servile, underpaid jobs, and they make so little money and have such large families (due to no birth control), that they don’t have enough to eat. As a result, they often die young from the combined effects of exhaustion and malnutrition.

As I read all this at the beginning of the book, I thought this book would be about the people revolting against their horribly oppressive government. However, rather than being picked to fight to the death in a gladiator-style realty show featuring preteens and teenagers as in Hunger Games, America is selected as one of 35 attractive, young women from all levels of society to participate in a Bachelor-style reality show in which they vie to become the bride of the country’s handsome, young Prince Maxon.

For readers who are fans of reality shows like The Bachelor, this book’s premise will be quite enjoyable.

For readers who like lots of violent action in YA dystopians, as occurs in Hunger Games, this book is not what you are looking for. But those who enjoyed Matched

by Ally Condie will very likely greatly appreciate this story.

The writing itself is smooth and the characters convincingly drawn. Both of the heroine’s romantic interests are attractive, sensitive and sexy, though neither is given a chance to be particularly heroic in the plot of this first book in the trilogy. However, the end of this book does create a setup for the next two books in the series that promises much more potential action and chances for the two male leads to shine. So there is great hope for fans of this series to have plenty of opportunities to root for either Team Aspen or Team Maxon, a pastime dear to the hearts of YA paranormal romance fans since The Twilight Saga