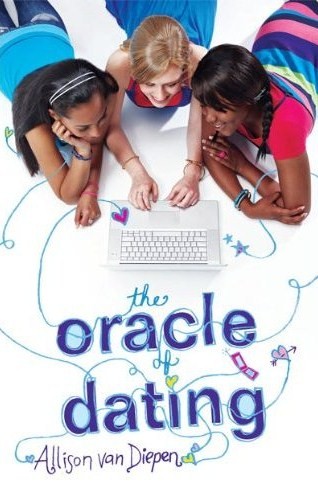 A hilarious young-adult, chick-lit novel with an adorable, matchmaking heroine

No one at school, not even her best friend, knows that Kayla, who is almost sixteen, is the Oracle of Dating. Kayla runs a website filled with dating tips, and for the reasonable fee of five bucks paid to her Paypal account, she gives private advice online. Kayla has been helping young women with their love lives for almost five years, but only recently for a fee. She began her career when she was only twelve, offering her much-older sister and her sister’s friends dating advice. It was they who dubbed her the Oracle of Dating, their effusive praise and gratitude for Kayla’s precocious wisdom ultimately inspiring her to hang out her shingle online.

All has been going swimmingly for some time with Kayla’s business until the day her best friend decides to consult the Oracle. It rubs Kayla’s nose in the fact that she’s been keeping a huge secret from her friend, but she can’t resist giving the feedback that her friend so clearly needs. Unfortunately, the advice blows up in her friend’s face big time, and Kayla is right there to witness the disaster. Kayla’s faith in herself as a dating expert is severely shaken. And her confidence in herself as a girl who can get a date drops precipitously, too, when she can’t figure out how to connect with Jared, a gorgeous rocker who’s the new boy in school. Too bad there’s no one around who can give Kayla some badly needed romantic advice.

Kayla is a great heroine. She genuinely cares about people, yet is often hilariously oblivious of her limitations as a dating guru. And Jared is a great romantic lead. He’s not simply handsome and sexy, but smart, talented, and observant enough to be several steps ahead of Kayla a great deal of the time in their relationship–which adds to both the comedy and the romance.

I also enjoyed the subplot with Kayla’s twenty-something sister. Kayla’s protectiveness towards her big sis is a great plot twist that is both humorous and touching.

I highly recommend this book to fans of chick lit and romantic comedy. For similar books by other authors, I recommend A Match Made in High School

, How to Hook a Hottie

and The ABC’s of Kissing Boys