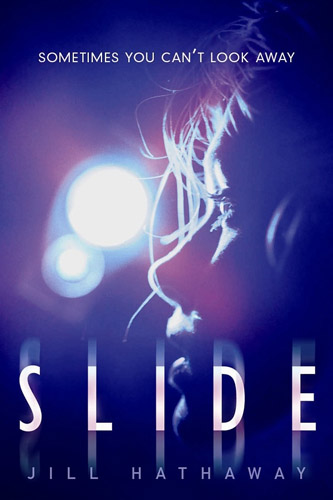 Vee is a pink-haired teenager with a male best friend. She used to be part of the popular crowd but now prefers to hang out on the fringe of high school life. On the outside Vee seems fairly normal, but she has a dark secret. Whenever she falls asleep, she is in danger of “sliding” into the minds of other people if she is touching something of theirs. This experience is frightening and often disgusting to Vee as she frequently finds out things about the people around her that she never wanted to know. All of that seems relatively minor, though, compared to Vee’s horror on the night an unwanted slide causes her to witness the murder of a teen girl that the police later label a suicide.

This is an ambitious book covering a lot of territory besides the expected one in a murder mystery of searching for the killer. Because of the magical element of Vee sliding, she becomes a paranormal, amateur sleuth in the same vein as TV shows like Medium

, and The Dead Zone

For fans of romance, there is a romantic subplot with a mysterious, attractive boy. There are also many serious social issues covered in passing, but because this is a mystery/thriller rather than a social drama, which requires deep delving into such events, they are mainly used as dramatic tools to ratchet up the emotional pain Vee suffers due to sliding. Examples of these social situations include: school violence, teen pregnancy, sexual assault, eating disorders, and the effects on teens of marital infidelity and divorce in their family.

Overall this is an entertaining, well-written book. However, it is a gritty read best suited to older teens and adults due to its mature content.