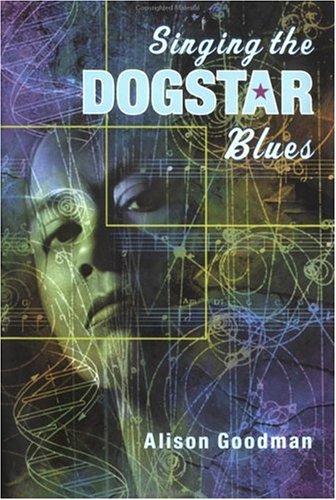 Joss Aaronson is almost 18 and about to begin studies in time travel at the Centre for Neo-Historical Studies in Melbourne, Australia, circa 2050. She is the child of a sperm donor and a famous, newscaster mother who has had little time for her daughter, whom she sent away to boarding schools starting at age 12. Joss hides a soft heart beneath a cynical, tough, wise-cracking exterior. She tells herself that what’s important in life is taking care of herself first, an example she learned from her neglectful mother. But she’s very close to a fatherly bar owner with underworld connections whose life she saved when she hauled him out of the Yarra River before he was “mulched by the cleaning system.” And when she has a chance to be paired at the Centre with a young alien visitor named Mavkel, she steps forward willingly, unlike most of her fellow students. They don’t want anything to do with a Chorian humanoid who has floppy ears like a dog, two noses and two mouths, and struggles to speak out loud since his culture uses telepathy to communicate. When Mavkel does talk, it comes out like singing, and his destined profession on his planet before coming to Earth to learn time travel was to be a healer, using music as the means to achieve it.

Joss relates to the music, because she is an extremely talented blues musician who plays a mouth harp. She also relates to Mavkel’s loneliness and isolation–she’s felt that way all her life. However, she’s not sure she’s prepared to support Mavkel to the extent he wants and needs her to, by allowing him to forge a mental bond between them strong enough to allow them to communicate telepathically. Joss is afraid of being engulfed by such a close connection and resists, until she learns that without this mind link, Mavkel may die.

Unfortunately, the link cannot be made, even after Joss finally agrees to it, until she discovers who her father is. And that can’t be achieved until she and Mavkel take a wild–and totally non-Centre-approved–trip through time to the day of her conception in a Petri dish.

I loved this book’s characters, world-building and emotion-laden plot. And I consider it an amazing achievement by the author to inspire someone like me to feel this way because, frankly, I’m not a big fan of science fiction, which makes me a really hard sell. The main reason she won me over is that I’m a sucker for a great buddy story where two outsiders, who seem at the outset of the story as different as they can be, form a moving friendship by going through adversity together and protecting each other’s backs. (One of my favorite examples of this kind of relationship is the Harrison Ford and Gene Wilder film from 1979, The Frisco Kid

I was in particular awe of the author for creating a character as wonderful as Mavkel. He comes across as completely alien and other, which is extremely important if the character is from outer space. And yet he’s so intelligent and kind that I came to care for him very much right along with Joss.

As for Joss, I was really moved by how much she grows across the course of the story due to gradually, irresistibly, opening her heart to Mavkel. Her friendship with him involves being as sympathetic to his emotional pain as he is to hers, making it impossible for Joss to maintain her hard, defensive shell around him.

As much as I loved the book, though, I had trouble with the ending. Not because I found it predictable, as some reviewers here and elsewhere, who are obviously sci fi fans, found it to be. What bothered me is that the author used a time-travel paradox that I don’t much like in that the logic doesn’t make sense. Character’s experience reactions to actions occurring during time travel *before*, not after, those actions occur, much in the way time travel is used in the first Terminator

film. In order to avoid creating a spoiler, I’ll use a metaphor to describe what I mean for STDB: Joss has a metaphorical “bruise” throughout the first part of the story that should not have been there at all (reaction), because the “punch” given during a time travel excursion that caused the bruise is not thrown (action) until the end of the book. I much prefer it when reaction follows time-travel actions in a logical sequence, such as in the Back to the Future

That quibble, however, did not spoil the book for me, because the world-building and great characters far overshadowed it. My only regret on finishing this book is that it is a stand-alone story. I would love to read more books about Joss and Mavkel.