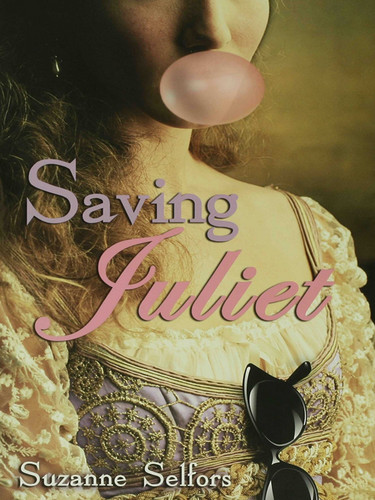 A hilarious journey through the world of Romeo and Juliet

Mimi Wallingford is a 17-year-old actress from a Barrymore-type theater dynasty who longs to offload the burden of upholding her family’s reputation and attend medical school in California. Instead, she’s stuck taking acting jobs to help her mother pay the bills to maintain her great-grandmother’s aging theater in Manhattan, and she’s developed crippling, nausea-inducing stage fright. Her latest agonizing acting job is the role of Juliet in Shakespeare’s tragedy, Romeo and Juliet

. She perks up a bit when she realizes the part of Romeo will be played by teen heartthrob, Troy Summer, whom she immediately develops a crush on. But Troy makes fun of her romantic inexperience when they rehearse their first kiss scene, and Mimi is humiliated and angered. She’s never dated, and she hates that this is clearly completely obvious to Troy. They are on the outs with each other from then on–until the day that a magical bit of ash from Shakespeare’s burned quill catapults them into the sixteenth-century world of Romeo and Juliet.

I thought when I picked up this book it would be a time travel story, but as Mimi notices very quickly, she hasn’t actually time traveled. Yes, the Verona she and Troy are transported to is filled with costumed people, many of whom smell nearly as badly as the sewage-filled streets. But these are characters from a play, not real people from an actual, historical world. Which is a big part of the magic of the story, and a huge source of comic fun.

I really enjoyed this book. Mimi is a great character. Though in the real world of Manhattan she feels overwhelmed with her family obligations, once she’s in the magical world of Shakespeare’s Verona, she’s no longer a Wallingford. Everyone assumes because of the costume she’s wearing from playing Juliet in Manhattan that she’s a Capulet cousin, and she reacts in a very forceful–and comic–way to her new situation. From the minute she meets Romeo and Juliet, she’s determined to stop them from the terrible mistake of committing suicide at the tender ages of 14 and 15.

For those who have read Romeo and Juliet–as most high school students are required to do–it is particularly funny seeing the twists on the story that Mimi creates as she blunders, with all good intentions, through Romeo and Juliet’s lives.

I highly recommend this to anyone who enjoys a good comedy, especially an original, quirky one that makes you laugh out loud.