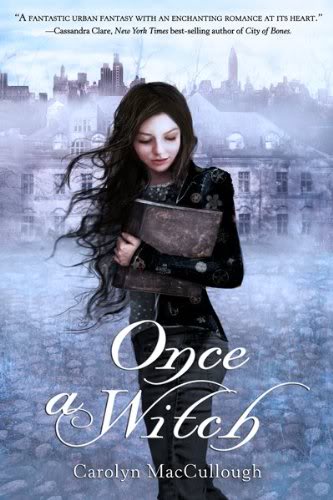 A teenage girl with no magical power comes of age in a family of witches, Book 1 of a series


Tamsin Greene comes from a long line of witches, each with his or her own special “Talent,” and she has been waiting 17 years to fulfill the prophecy made by her revered grandmother at the time of her birth on the mystical night of Samhain. Tamsin is supposed to become the most powerful witch her family has ever known, but so far she has yet to exhibit any Talent whatsoever.

Tamsin has lived all her life on a farm in upstate New York with a huge extended family, but the previous year she begged her mother to let her go to a boarding school in New York City to finish the last two years of high school so she wouldn’t have to be constantly reminded of her Ugly Duckling status in the family nest.

During summer vacation before her senior year, Tamsin is working in her grandmother’s book shop when a mysterious professor named Alistair arrives looking for Tamsin’s supremely talented older sister Rowena to help him recover a missing family heirloom, a clock. Tamsin impulsively accepts the assignment because she is tired of never participating in any of the magical activities that are routine for her relatives. Fortunately for her plan, her childhood friend Gabriel, now grown into a handsome teenager the same age as Tamsin, returns with his mother to the Greene family compound. Gabriel’s Talents include the ability to find anything and to travel through time. With Gabriel’s help, Tamsin begins an exciting–and often frightening–adventure that brings her in touch with long-buried, dangerous, family secrets whose exposure threatens the survival of many in her family, as well as Tamsin herself.

Coming of age stories are always fascinating, but magical versions are particularly fun. Tamsin is a compelling heroine who is quite sympathetic in spite of the fact that she is sometimes gruff and abrasive. It is easy to forgive her those traits because she isn’t whiny, and when the chips are down, she is more than willing to sacrifice herself to keep her family safe.

I really enjoyed the romantic subplot, my only complaint being that I wish there had been a bit more time for it in the story because Gabriel is such a great guy. He is strong, but not overwhelmingly so, and his relationship with Tamsin began as a long-term, childhood friendship, rather than appearing like a bolt of lightning as a sudden, obsessive connection.

It is also enjoyable to read a YA romance plot within an urban fantasy where the male isn’t overwhelmingly dominant compared to the female. Though initially it seems as if Gabriel, like everyone else within or close to Tamsin’s family, is far more magically endowed than Tamsin because she apparently has no Talent, Tamsin’s determination and drive make her more than a match for Gabriel and every other magical character in this book

. When her sister Rowena is threatened by a terrible villain, Tamsin will stop at nothing to save her, no matter how outmatched she appears to be.

The writing throughout this book is very well done. The characters are convincingly portrayed, especially the heroine, and the world-building with the witch family and their powers is believable and very entertaining to read about.

Overall, I only had one real issue with the book. As an adult, and a very picky reader, I personally objected to the way that the villain managed to become a threat to Tamsin’s sister. Anyone who knows anything at all about witchcraft–as presumably Tamsin does being raised among witches, and Rowena does because she is a powerful witch–would have spotted the villain’s ploy a mile away. However, once the plot is set in motion because of this device, and Tamsin rushes to the rescue, it was easy for me to forget about this difficulty as I immersed myself in Tamsin’s adventures.

Other than the fact that the heroine smokes and drinks (which she does not do in the sequel, Always a Witch

), most parents would likely not object to the content of this book for even the youngest age range for YA, which extends from age 11-19 according to YALSA (the YA portion of the American Library Association). There is also enough magical action and adventure to keep teens as old as 16-17 highly entertained.