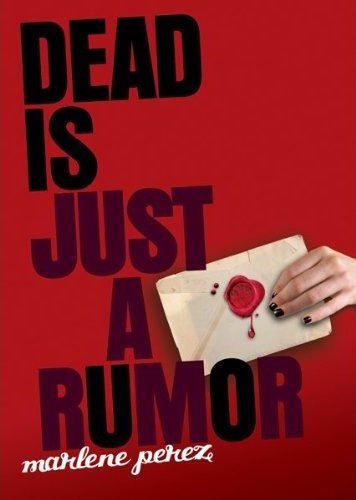 Halloween is always a big event in Nightshade, a small community running over with paranormal residents. But this year it is particularly huge, because it is the town’s two-hundredth anniversary. The festive atmosphere is dampened, though, when many residents begin receiving blackmail letters and no one can figure out who is sending them. Daisy Giordano, whose psychic gifts include ESP and telekinesis, is determined to solve this mystery, but she is hampered by her father. He was recently rescued from years of captivity at the hands of an evil group called the Scourge, whose mission is to wipe out all paranormal beings from the face of the earth. Now that Daisy’s father is back with his family again, he is both emotionally scarred by his experience and extremely overprotective of his daughters–especially Daisy, who is younger than her two college-age sisters.

In addition to trying to solve the blackmail mystery, Daisy is heavily involved with cooking lessons with celebrity chef Circe Silvertongue. When Daisy won the lessons as a prize, she had high hopes that they would be an exciting opportunity to advance her considerable cooking skills. But Circe treats Daisy more like a despised lackey than a talented student. Not only that, Circe’s behavior in general is highly suspicious. It is obvious to Daisy that her mentor has magical talents, but what are they? And why would someone as famous as Circe want to hang out in Nightshade. What is she really up to?

On top of all these events, Daisy is troubled with boyfriend problems, too. Her beloved Ryan is considering attending colleges far from Nightshade due to the advice of Nightshade High’s new guidance counselor, and as a result, Daisy might lose him within the year.

I’ve really been enjoying this series, and this book is no exception. Daisy is a wonderful heroine, and her boyfriend Ryan is a sexy and endearingly wholesome werewolf. There are repeat appearances of a cast of quirky, paranormal residents of the fascinating little town of Nightshade, some new villains to keep Daisy on her toes and, delightfully, we gain new clues about the history of the enchanted juke box at the local diner.

Anyone who enjoys YA fantasy with a comic twist will love this book and the entire “Dead” series.