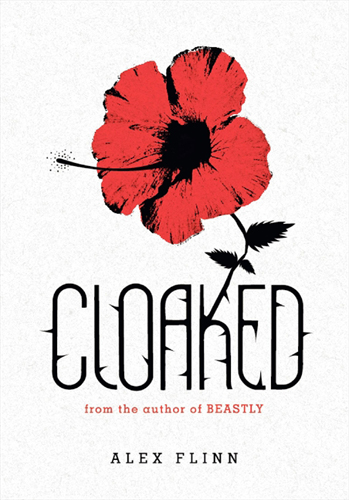 Seventeen-year-old Johnny has worked hard for years to help his mother keep their family shoe-repair shop afloat since the day his father mysteriously disappeared when Johnny was a young boy. Even though the shop is associated with a ritzy South Beach hotel, it doesn’t make much money in the summer off-season, and Johnny and his mom have to choose between paying the electricity bill for their apartment or paying the rent. Johnny would far rather be creating designer shoes for the wealthy than repairing shoes they already own, but he’s afraid the rest of his life he’ll be stuck in his dead-end job, because his mother needs him and he can’t desert her.

Then suddenly one day, a real, live princess shows up at the hotel, and she changes Johnny’s life forever. A witch’s curse has transformed her brother into a frog, and only a good, kind, loyal boy like Johnny can save him. With the aid of a magic cloak that can transport him anywhere he needs to go, and the advice of various magical animals that were once human, Johnny sets out on a wild adventure with the promise of a $10,000 reward from the princess and her hand in marriage if he rescues the frog prince.

I discovered this author the way thousands of people are these days, because her book Beastly

has been made into a movie

, which I was very much looking forward to seeing. I read and enjoyed that book, which is a contemporary, fairy-tale retelling. This book

is, too, but it goes a step farther. Rather than dealing with only one fairy tale, it is a “modern fairy-tale mash-up.” The author has cleverly woven together multiple Grimm’s fairy tales, among them “The Elves and the Shoemaker,” “The Frog Prince,” “The Six Swans,” “The Golden Bird,” and “The Brave Little Tailor.”

As all of this author’s other books seem to be dramas, before reading this book, I assumed it would be a drama, too. I was delighted to learn that it is actually a comedy, because I love YA comic fantasy, and I devour it whenever I can find it. It is great to discover an author this talented who realizes that magic creates wonderful opportunities for humor because of all the hilarious ways that magic can go wrong.

There is ton of that type of magical mayhem in this book as Johnny and his trusty magic cape face constant danger from dastardly, magical villains. If many of these villains were presented in the usual gritty, dark manner of YA contemporary fantasy, they might be quite overwhelming. But in each action scene, the threat always has a comic twist that keeps the villains from being overwhelming to read about, and there is no overt violence. As an additional parental guideline, there is no sensuality, no drugs, drinking or swearing.

In short, this is an extremely well written, highly entertaining, G-rated story which younger siblings can safely borrow from the teenagers in their family.