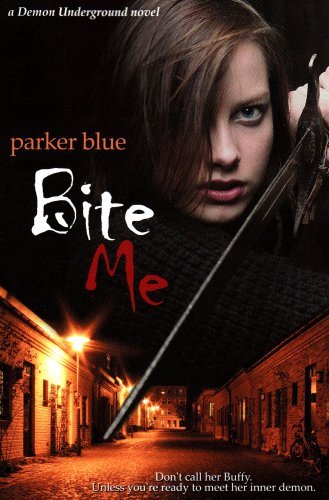 Eighteen-year-old Val Shapiro lives in San Antonio, Texas, and her life is anything but normal. She is one-eighth succubus demon and seven-eighths human. Most of her life she has fought against the demon part of her, which she calls Lola. Only two things satisfy the demon in Val: sex and killing. Val is a virgin and refuses to engage in sex because the one time she dared to merely kiss a human boy, Lola almost killed him. Lola can’t be completely ignored, though, because when humans who are part demon suppress the demon within them, it drives them insane–a tragic fate which befell her father. He was one-fourth demon, refused to feed his demon, and ultimately committed suicide. In order to satisfy the demon side of her nature in the least destructive manner possible so that she can keep her sanity, Val’s stepfather has encouraged her to hunt and kill evil, murderous vampires, a pursuit that Lola heartily enjoys.

Val loves her mother and younger half-sister, Jen, who is fully human, but her mother is terrified that Val’s activities will get Jen killed. Jen idolizes Val and wants to be just like her–which is impossible since she is not part demon and has no magical powers. After Jen sneaks out of the house to follow Val on a vampire hunt, their mother kicks Val out of the house, hoping her influence on Jen will be lessened by distance.

Soon after Val leaves home, the police department hires her to be part of its Special Crimes Unit. She is assigned a twenty-something partner, Dan Sullivan, and finds herself very much attracted to him. She also connects with a part-hellhound dog named Fang whose other part is tiny terrier, an incongruity that is hilarious. Fang can talk to Val telepathically and his commentary provides additional, wonderful comic relief to the story.

The world-building in this story is great, and once the vampires Val has been fighting target her family, the story becomes a constant rush of exciting action. The characters in this book are very well-drawn, and Val is a wonderful, sympathetic heroine. She is an extremely positive warrior, who protects and defends and is honorable and loyal. Fang is one of the best magical sidekicks I’ve seen in urban fantasy, right up there with Bob the Skull of the Dresden Files

. I wasn’t that wild about Dan as a love interest since he wasn’t Val’s physical equal and was too old for her, but other than that, I had no complaints at all about this book, and that one complaint did not spoil the book for me at all.