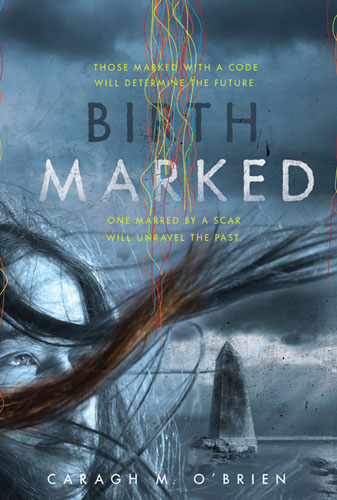 A post-apocalyptic YA futuristic novel

Sixteen-year-old Gaia Stone has trained for years as an apprentice to her midwife mother. She lives in the post-apocalyptic world of 24th Century America. Her lifestyle is similar to that in agrarian villages of 18th Century Europe, but minus horses or wagons for transport. There is no need for them because there is no long-distance travel. Gaia’s entire world consists of a small settlement outside a walled city. Inside the wall is a class-based society with each social rank identified by a distinct color of clothing. The society’s rulers are called the Enclave, and the head of the Enclave is an iron-fisted dictator. In exchange for food, water and other basic necessities of life, the Enclave demands absolute obedience from the people outside the wall. Including the ultimate sacrifice of handing over a quota of their babies every month to the Enclave in a transaction euphemistically called “advancement.” Gaia has accepted the Enclave and its commands as just the way things are, including knowing her parents “advanced” her two older brothers to the Enclave, until the day that the Enclave’s soldiers come and take away her parents. Gaia is outraged that their deference to the Enclave has earned this horribly unjust punishment and is determined to get to the other side of the wall and save them, at any cost.

Gaia is a strong heroine who persists against incredible odds, which makes her very sympathetic. The world-building in the story is well done, and there are plenty of questions every step of the way in the book

to keep the reader turning pages to find answers to the many mysteries of the Enclave. There are a lot of important messages in this story, without it being at all preachy, including the importance of family, the meaning of loyalty and courage, and the suffering that is inevitable in repressive societies where arrogant elites sure of their infallibility trample on the rights of individuals.

The book has a tender romantic subplot and the beginnings of fascinating future subplots about sibling relationships as babies taken from their families by the Enclave who are currently teenagers will, hopefully, begin to find each other and band together to take down the evil Enclave as the series progresses.

Speaking of which, I assume this will be, at the very least, a trilogy, because the ending of this book is wide open for a sequel. It leaves us with a huge new mystery: What lies beyond the boundaries of the known world of the villages and walled city in Birth Marked? The Enclave has worked very hard to convince everyone under their command that there is nothing else out there. But is that really true?

For parents: There are no teens engaging in sex or consuming drugs or alcohol in the story. There are multiple scenes of violence, but it isn’t graphic. There is constant menace surrounding the heroine, and this is a very dark book throughout with no let-up in her pain, ever. But many teens enjoy that kind of read, and many adults do, too. It is no darker than Harry Potter